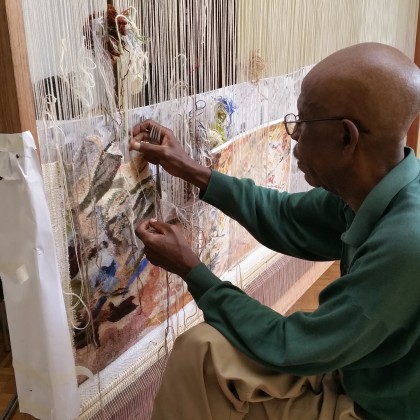 Ndlovu was born in Johannesburg in 1953. He attended schooling there as well as at Dlangezwa High School, Empangeni, in 1972 and 1973. Between 1974 and 1976 he studied art at the ELC Art and Craft Centre, Rorke’s Drift, and obtained a Fine Arts Diploma.

In 1977 he was appointed by the Durban branch of the S.A. Institute of Race Relations as an officer to organise and develop Youth and Community projects in art, drama, dance, creative writing, craft, photography and informal education. He was responsible for the administration of the recruitment of staff for the Central Education Programme until 1982.

From 1983 to 1985 he worked as a Freelance Artist. Between 1986 and 1991 he was employed by the Open Air School in Durban as Assistant Programmer and art tutor/co-ordinator of art projects, both in the school as well as for outreach programmes. He ran the Programmes together with the artist, Charles Nkosi.

Joseph Ndlovu has appeared in a number of significant exhibitions since 1974 Including  Fort Hare University, Art Centre Sweden, JP Art Gallery SAIRR Culture and resistance group exhibition Botswana 1981 through to the 1995 Johannesburg Bienale. His tapestries are in the following collections: 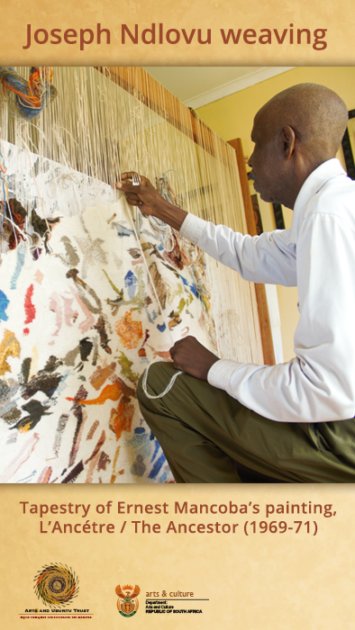