« L’Ancêtre / The Ancestor Tapestry1936 Bust of Mancoba by Dorothy Randall

The story behind the making of this bust is extraordinary. In 1936 Mancoba had left his studies at Fort Hare University and was completing a sculpture commission for the Anglican Church in Grahamstown. In this year his innovative sculptural works, Uhadi and Figure of a woman were produced and had brought him first prize at the national art competition named after Esther May Bedford.

Dorothy Randall was an art student at Rhodes University needing a model for a class exercise and saw Mancoba sweeping some leaves outside the studio. She asked him to pose never knowing that he was a sculptor himself. Two years later Mancoba left for Paris not to return until 1994.

But two strange things happened: Dorothy Randall was asked by Elza Miles’ mother to advise her on her art career.  Many years later in 1994 Elza Miles was instrumental in bringing Mancoba back to South Africa for a restrospective exhibition of his paintings and sculptures. Dorothy Randall kept the sculpture with her until she was living in a retirement home and was in her 90’s.  By this time (2006) she knew who her subject was and she gave the bust to the Arts and Ubuntu Trust to place in a public collection of their choice.

The trust is having the sculpture cast in bronze by Etienne de Kok and it will be donated to the Constitutional Court  to stand on a plinth next to the tapestry. 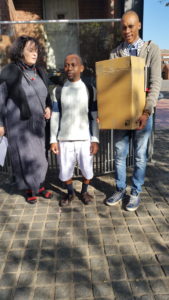 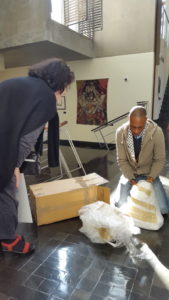 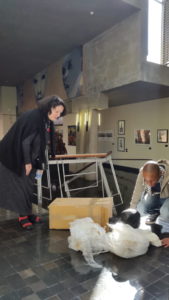 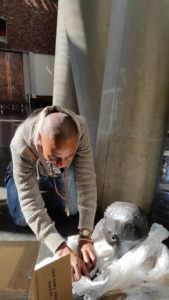 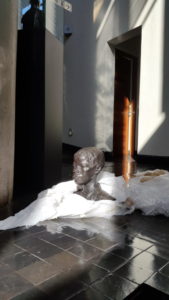 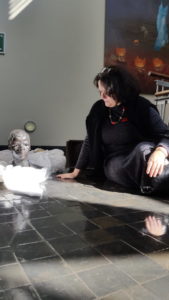 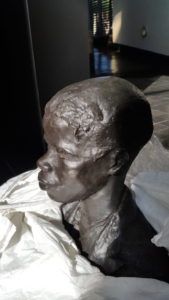