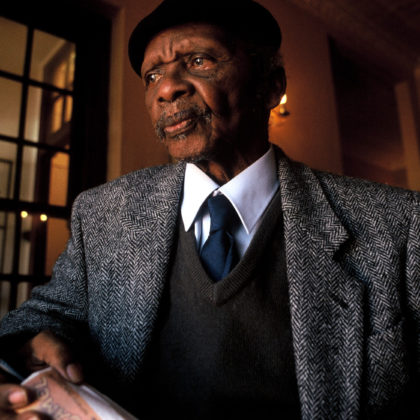 Ernest Mancoba, born in Boksburg in 1904, was a sculptor and a painter. He expressed himself figuratively and abstractly. His work was modern and at the same time drew inspiration from and referred to the ancient art of Africa and in fact to art from the whole world.  His first work was produced in 1929 and his last in the 1990s.

Mancoba’s work was hugely significant in the history of twentieth century art. Some experts say his work preceded minimalism and abstract expressionism. We believe however the significance of his work on the world historical stage is devalued if we think of it only in terms of modern movements in western art. His visionary paintings took the modern art movement, which is dominated by a western centre, firmly into the twenty first century and far beyond its western ethnocentric boundaries.

His art expressed a profound philosophy which he repeatedly said was informed by his mother’s teaching about African cultural values. He expressed these values continually throughout his life: both verbally to fellow students and friends, in a small body of written work and in a few interviews, but most particularly, he expressed it in his art. 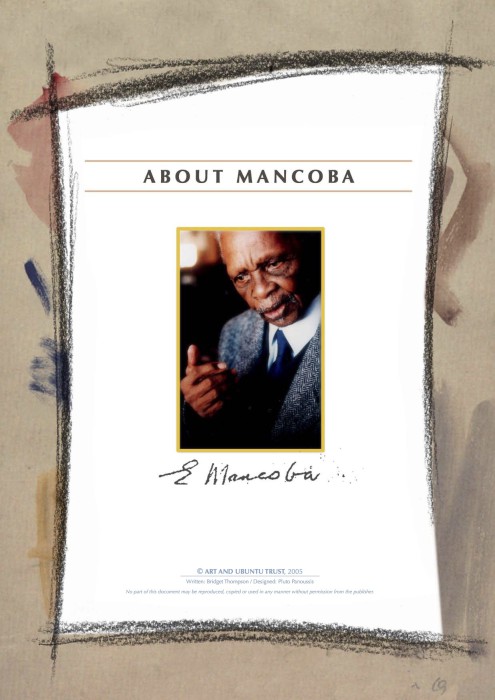 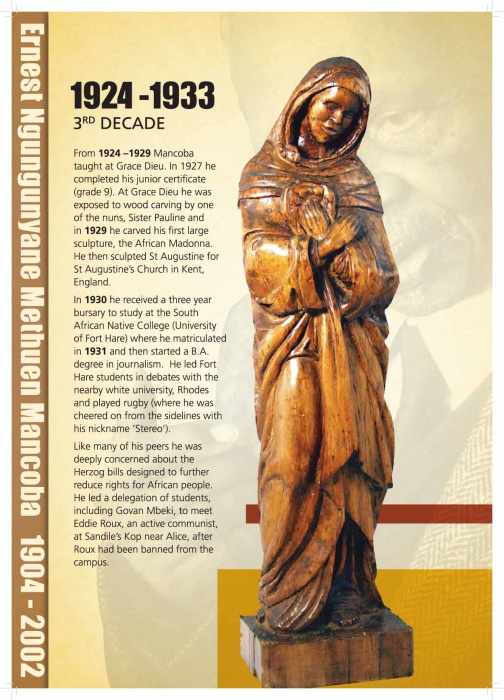 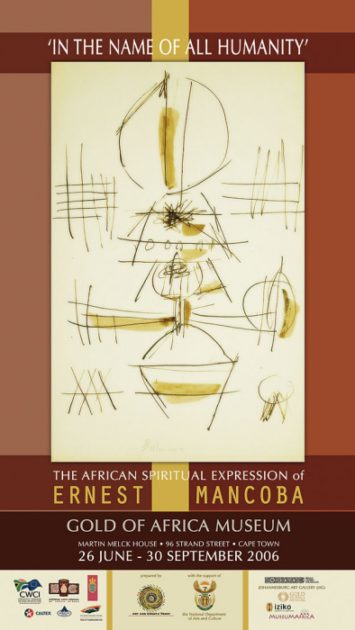